Moto Kanji #14 is definitely a departure from the original intent, but it’s based on the same idea, so I’ll file under Moto Kanji, rather than some new appellation. And I should probably just make my life easier and broaden the definition.

Actually, by calling it so, I guess I have already broadened the definition.

If you’re curious — which I hope you are — this is k-rail on Loop 820 in Northwest Fort Worth, where a car rubbed against the k-rail. I photographed this one this weekend while the house was pretty quiet, and I thought I could get out and get weird without causing too much stress. 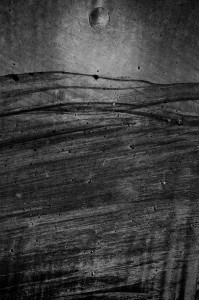 Very nearly my favorite Moto Kanji thus far, though I try not to have favorites.